Development of Genovix began over five years ago using Microsoft’s latest sql Server and .net technologies. The aim was simple: To create a powerful database and intuitive interface, suitable for all in breeding and testing research. The biggest challenge was how best to integrate hundreds of practical capabilities and tools into an efficient and easy to use interface for all breeders and variety testers with very diverse needs. However, developing scientific software which is both easy to use with inherent ‘simplicity’ yet powerful at the same time is not easily done.

After consulting with breeders, testers and researchers over many years, they are clearly facing pressures and have requirements like everyone else. The needs of researchers for field and row crops are different from vegetable breeders and again different for horticultural crops. Perennial and clonal crops, with their breeding systems, need to store and process data easily across years, multiple cuts or picks, often with seasons or months. Database structure requirements become more challenging. All the software development must be done with a solid, practical understanding of plant breeding and variety testing. Some companies and government institutions have failed in developing such a system, despite spending millions of dollars. Having talked to breeders over the years, many wished that their organization – including some large companies – would have simply licensed proven plant breeding and variety testing software instead of having to use a system that they see as inferior. Indeed, this contrast will be even larger when Genovix is released. There is no shortcut or substitute for the practical knowledge of such requirements accumulated over time.

The interface is fresh and modern, easy to navigate, yet powerful at the same time. This has been confirmed by all who have seen the system to date and their request for an as early release date as possible. But that is only part of the story – the underlying architecture of the software must be ‘highly relational’. Data, genotypes, experiments, traits and more must be inter-linked to permit the necessary tasks for the breeder or variety tester. You may know the old saying about buying a car: ‘look under the hood before you buy’. The car might look quite appealing, but the performance is just not there. For example, breeders should be able to link genotype data across generations, trace or query all the data or plots or seed lots of one or more genotypes, connect genetic information for legal compliance to a genotype everywhere in the database, rename a genotype or trait instantly with a few clicks across hundreds of experiments or nurseries, show all the experiments where a genotype has been planted – to list just a few such important capabilities. Don’t forget the import of past breeding data, maybe over twenty years as some of our clients have done,
wherein all the genotype connections and histories are created and readily appear in the database. This cannot be overlooked, especially if royalty payments are due for use of some germplasm that was used in the breeding program years ago. Legal issues can become costly. A simpler database architecture simply ‘will not deliver the results’, not even close. This all goes towards saving time and further empowering the critical decision-making tools for breeders.

Data, genotypes, experiments, traits and more must be interlinked to permit the necessary tasks for the breeder or variety tester

Over the last 30 years Agronomix Software has gained recognition and a growing user base in over 40 countries. During those years, the company has interacted closely with breeders of many crops with diverse breeding systems reflecting each crop’s biology. With breeders in the company directing the software development, this has led to a software system that many current and potential clients have said ‘… that software functions how a breeder thinks’. But even breeders of the same crop within the same company ‘do things differently’. That has presented a ‘perennial’ challenge to the ongoing software development with the need for customization and flexibility. Reflecting on the vast changes in software technology and leaning on the knowledge gathered over 30 years of interaction with researchers, Agronomix Software decided to build an entirely new software system. Agronomix Software made the conscious decision to invest a lot of time and effort in a developing powerful database architecture with efficient algorithms well beyond their current software. That resulted in increasing the software development team and in 2017 moving to a new office with double the space. In the last decade especially, more researchers have embraced open source R for both data analysis of trials data as well as a multitude of bioinformatics analyses for genomic predication and much more. In addition to Agronomix Software’s proven proprietary analytics including spatial analyses of yield trials, Genovix users can utilize R for advanced data analysis and visualization. Given current trends and input from users, there will be even more such development in Genovix.

In response to the larger corporate clients requiring more security and control with offline data acquisition, the Genovix Mobile data manager will be first released for the android operating system. This permits data capture via third parties who then can send encrypted data back to the client for validation, synchronize with the database, and maintain a history of such data acquisition. A new data audit tool in Genovix will also keep track and report on a multitude of database changes done by any or all users accessing the software.

The most remarkable feature of the new plant breeding software from Agronomix is the ease by which one can adapt the programme to one’s needs and preferences. Besides looking more modern, the user interface has really been improved. Breeders are a quirky lot, in my experience. It definitely is a new generation tool. Another aspect that will come in handy is that you can share part of the available information. When tests are run elsewhere, you only send the need-to-know data. And when the results come back they are easily integrated in the databank.

Use of graphics improved

The visual aspects of the new software is much improved. Especially the use of graphics has been upgraded. I am looking forward to the transition in June. We have worked with Agronomix Software since 2007. It can cope easily with the large numbers that are involved in breeding grasses and fodder crops. Another consideration for choosing agrobase is that the excellent helpdesk of Agronomix can be easily reached. As our breeding stations are spread all over the world, and thus time zones, it is important that the users of agrobase can request assistance 24/7. That truly is an important asset.

As a leading canola hybrid breeding institution in Canada, Nutrien Ag Solutions (and legacy institutions) we have used the agrobase software system for more than 22 years including its updated version Generation II. All of our breeding activities including generation of the crosses, development of the double haploid inbred lines, molecular marker data, field nursery and yield trial set ups, harvesting, oil chemistry analysis data base, hybrid tent creations in Chile and all the components in the hybrid program are accurately and efficiently handled by agrobase. We are quite impressed with the new capabilities the new version offers. Some of the key attributes I really liked are; crisp and modern interface, more icons & visuals, handles up to 1,024 fields at a time and more accessible tools for direct interaction with R for clustering. Also, I liked the greatly enhanced graphics including 3D & dendrograms with images and data views, mobile data manager, more powerful labels & reports, audit trail (to see changes that happened), cross combinations with data decisions to easily identify winners and quick data access and also gps coordinates for locations for easy presentations of yield data.

The new software also comes in a cloud version. Breeders can access data from different locations. With the security levels we can set up exactly who has access and who can enter data. This improved security system is important to us as we have breeding stations for wheat and barley all over Europe. A handy extra is the link to Google Maps, so you can see exactly where the trials are carried out. Another helpful feature is that we can define the order in which the columns are displayed. The new software offers more fields: 1,024 columns. Not enough for storing all datapoints used with high density genotyping, but much better than it was. Furthermore, it is possible to display the data in graphs with just one click.

This article was first published in Prophyta – The Annual 2019 available for viewing or downloading here. This article can be found on pages 28-31. Prophyta is the “Journal for breeders and producers of plant material”. 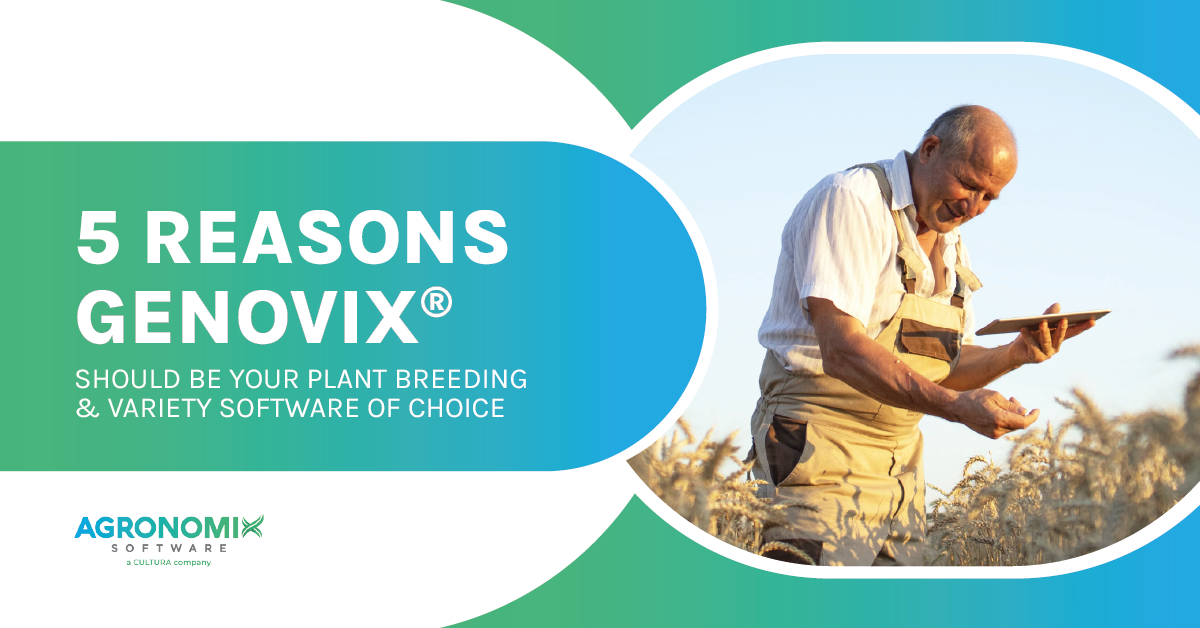 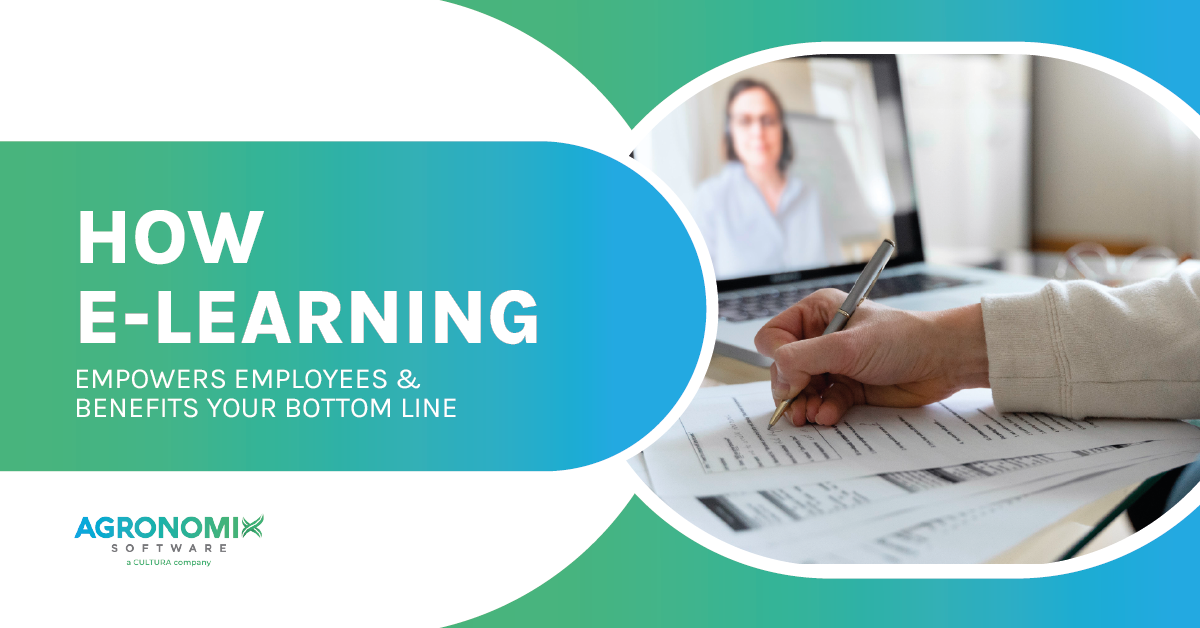